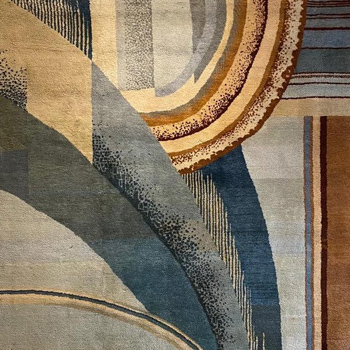 The Alberto Levi Gallery opened in 1997, following a family tradition that dated back to the nineteenth century. It specialises in tribal and village rugs from Morocco, Anatolia, the Caucasus and Persia, the traditional rugs from China, India and Central Asia, as well as in 20th Century Art Deco and Modernist rugs. At the LARTA 2022, the Gallery is presenting a selection of European and American rugs from the 20th Century Avant-Garde movements, together with a group of early European textiles, fine English and French needlepoints and Aubussons, a choice of Oriental decorative carpets as well as a few antique Turkish prayer rugs representing the Gallery's own current online exhibition entitled ‘Like A Prayer - A Collection of Antique Anatolian Niche Design Rugs’, which can be visited at www.albertolevi.com/exhibitions/